The duty handover between the 5th and 6th HRVCONs within the Battlegroup Poland in NATO Enhanced Forward Presence took place at the “Bemowo Piskie” | Foto: 6. HRVCON eFP BG-POL i U.S.Army Spc Justin Stafford

The duty handover between the 5th and 6th HRVCONs within the Battlegroup Poland in NATO Enhanced Forward Presence took place at the “Bemowo Piskie” training range in Poland on 7 June 2020, The Commander of the 5th HRVCON Major Marijan Žukina symbolically handed over the state flag to his successor Captain Antonio Burazer, commanding the 6th HRVCON.
Due to COVID-19 preventive measures the handover ceremony was held without the presence of the allies and partners from the Battlegroup, and strictly observing the epidemiological measures in force at “Bemowo Piskie”.

The Commander of the 5th Croatian Contingent Major Marijan Žukina, addressed the members of the Contingent: “I congratulate the 5th HRVCON on top performance of tasks in specific conditions marked by the pandemic and on dignified presenting the unit and of the Republic of Croatia. I wish a successful mission and safe return on its completion”.

Captain Burazer: We are here to carry out the task in an international environment and to acquire new experience

Having congratulated the members of the 5th Contingent on successful mission, the Commander of the 6th HRVCON to NATO EFP Captain Antonio Burazer said: “We are here to carry out the task in an international environment and to acquire new experience with our colleagues from the armed forces of the U.S., of the UK, of Romania and of Poland.
The 6th HRVCON is deployed to Poland alongside the U.S., the U. K. and Romanian forces within one of four Battlegroups that serve as a concrete implementation of the concept o NATO Enhanced Forward Presence (EFP), stationed in member countries along the eastern borders (Lithuania, Latvia, Estonia and Poland.

The 6th HRVCON within the BG – Poland is composed of 80 members (six females) women. The main part is manned by the Artillery and Missile Battalion of the Guards Mechanised Brigade of the Croatian Army, with the MRLS “VULKAN” Battery, who are augmented by the staff officers, a Military Police team, a CIS team and a NSE. 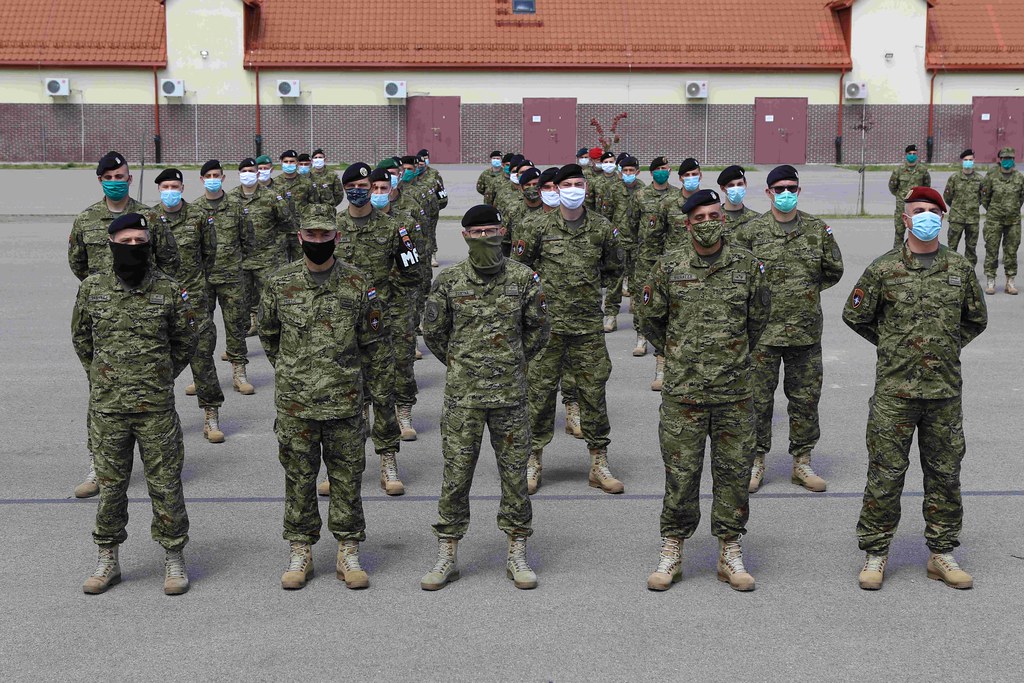