The Barracks “Stožerni brigadir Ante Šaškor” in Delnice on 18 May 2020 hosted a ceremony marking the 29th anniversary of the establishment of special units of the Croatian Army and of the Special Forces Command Day.

The participants paid respects in the Memorial Room in the Barracks, and a mass was recited for the fallen Croatian defenders, by the Chaplain of the Special Forces Command, f. Mirko Vukoja.
In his congratulatory message the Commander of the ZSS, Brigadier General Perica Turalija appreciated the members of the Special Forces Command for their commitment, dedication and success, and stressed: “Serving as the élite part of the Croatian Armed Forces you have done your best to present the Croatian special forces as top professionals guided by honour, professionalism, responsibility and patriotism in any situation. You have given a major contribution in the conduct of the tasks of the Croatian Armed Forces at home and abroad”.

Brig. Gen. Turalija underlined the three primary missions of special forces: direct action, special reconnaissance and security force assistance and participation in international missions that contribute to the preservation of peace in the world.

“Today is the day to remember all our fellow combatants and friends, and all missing and deceased Croatian defenders!”, stated the wartime commander of the special units of the Croatian Army and the Chairman of the Association of Veterans of the 1st Croatian Guards Division, Major General (Ret.) Miljenko Filipović, who reminded that the first established special unit – the Battalion “Zrinski” was defending Croatia on throughout all battlefields during the Homeland War.

Also, in memory of their fallen colleague Cpl Josip Briški, who lost his life in an attack during the deployment in Afghanistan, members of the Special Forces Command headed by the Commander Maj. Gen. Turalija paid respects at his tomb in Sesvete.

The marking activities included a blood donation campaign in the Red Cross in Delnice. 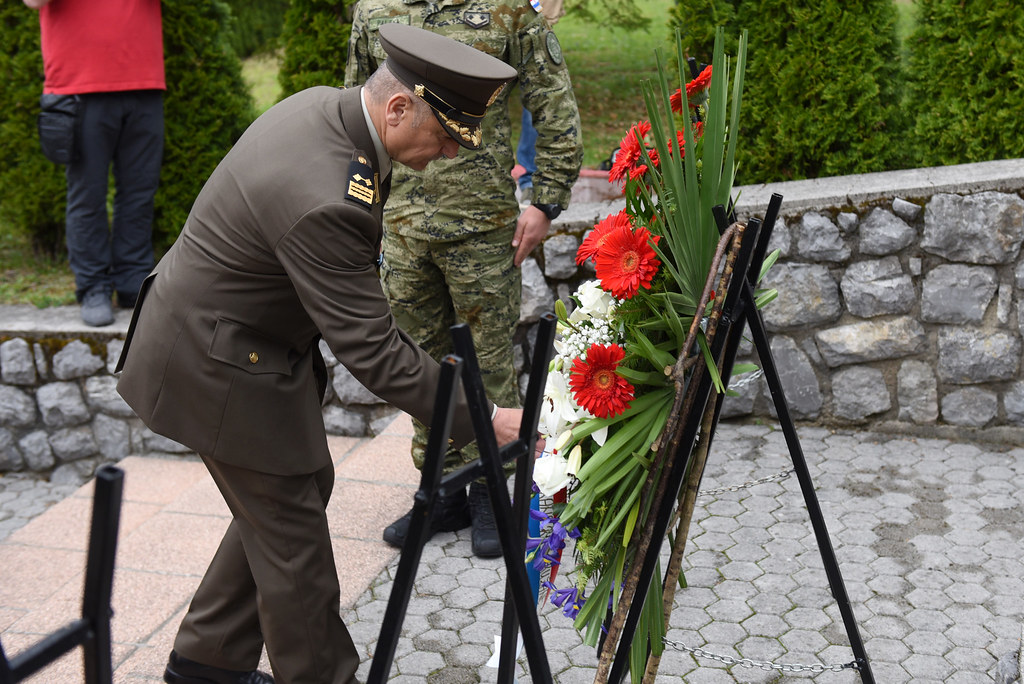