A memorial for the late Vice Admiral Davorin Kajić was held at the Ministry of Defence on 10 June 2020.

A memorial for the late Vice Admiral Davorin Kajić, who passed away on 8 June 2020, was held at the Ministry of Defence on 10 June 2020.
The State Secretary for Defence Tomislav Ivić said that VAdm Kajić had made a huge contribution in critical times to the Croatian state and its armed forces, as expert, soldier, and above all as patriot.
The Chief of the General Staff in his memorial address said that VAdm Kajić was a top professional who had put his vast experience and expertise in the service of the young state of Croatia of its Army and the Navy.
Prior to the memorial the state secretaries for defence Tomislav Ivić and Zdravko Jakop and the Chief of the General Staff Admiral Robert Hranj signed a book of condolences.

Vice Admiral Davorin Kajić was born on 13 August 1937 in Hrvatska Kostajnica. After graduating from the Naval School in Bakar also graduated from the JNA Naval Academy in 1955. He also graduated from the Faculty of Mechanical Engineering and Naval Architecture of the University of Zagreb and was employed at the Submarine Design Department of the Naval Institute in Zagreb, and as submarine technology researcher, specialising in submarine design.
His first project, after participation in design documents, submarine building supervision and prototype tests with the Heroj-class submarine, was combat divers submersibleR-2 in 1970, followed by the Una-class submarine in 1978. 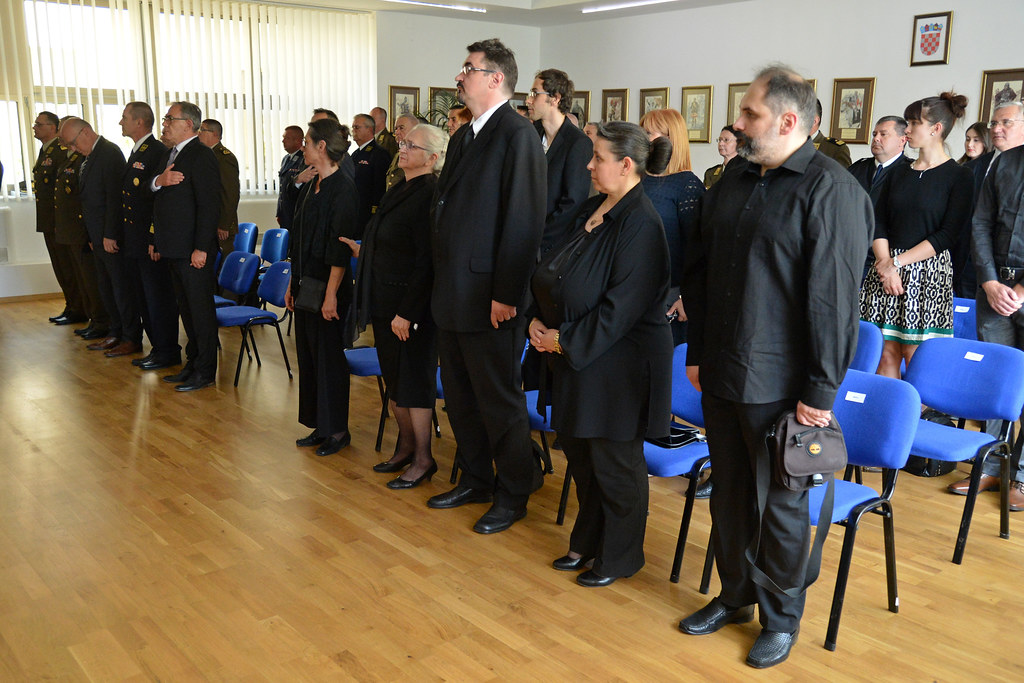