We would like to send a message to all Croatian citizens that there is no room for fear, says Banožić

Minister of Defence Mario Banožić and Chief of the General Staff of the Armed Forces Admiral Robert Hranj held a press conference at the Ministry of Defence on Friday, March 11, 2022, regarding the crash of an unmanned aircraft in Zagreb.

Minister Banožić said that the military-type unmanned aircraft, which crashed on Thursday, March 10, 2022 at 23:04 in the Jarun district of the City of Zagreb, entered Croatian airspace at 22:57.

“The aircraft came from Hungary and stayed in the air for a little less than 7 minutes at a speed of 700 km per hour and at an altitude of 1,300 meters. The Croatian Air Surveillance Battalion determined the direction of the aircraft’s movement from entering Croatia until the moment of the crash,” the Minister said. He sent a message to Croatian citizens stating he was convinced that this event was not a threat to the Republic of Croatia and that there was no room for fear. “I believe that we will soon have more information based on criminal investigations and information about which we will inform the public in a timely manner”.

Mr. Banožić pointed out that all services on the ground reacted without delay. “The Ministry of the Interior responded by closing the crash area, and the military police immediately got involved. We have started collecting data on the event at all levels and in co-operation with our neighbouring countries, NATO members with which we have good relations. Currently, they are carrying out similar data collection and evaluation activities available at this point. It is important to emphasize that we are part of the NATO Alliance and that the homeland security system is working. This morning we held a meeting in the Office of the National Security Council,” the Minister said.

The Minister emphasized that he is in constant communication with colleagues from NATO member countries and the NATO alliance. “After this conference, I will talk to the NATO Secretary-General. I spoke with the defence ministers of Hungary and Slovenia, who expressed concern over this incident. We exchanged the information and will continue to communicate,” Banožić said.

Admiral Robert Hranj, the Chief of the General Staff of the Armed Forces of the Republic of Croatia, said that this was a serious incident noting that despite numerous findings, an additional intensive investigation is pending to determine all the details on the event.

“We are in contact with our fellow commanders in NATO, the commander of the NATO Air Command, and my counterpart in Hungary. Sharing information will make it easier to clarify what this is all about. Expert teams from the Ministry of Defence and the Croatian Armed Forces are extensively analysing the aircraft remains and flight parameters to collect as much data as possible and find out in more detail what happened,” said Admiral Hranj and added that without detailed analysis it is impossible to determine whose aircraft it is. 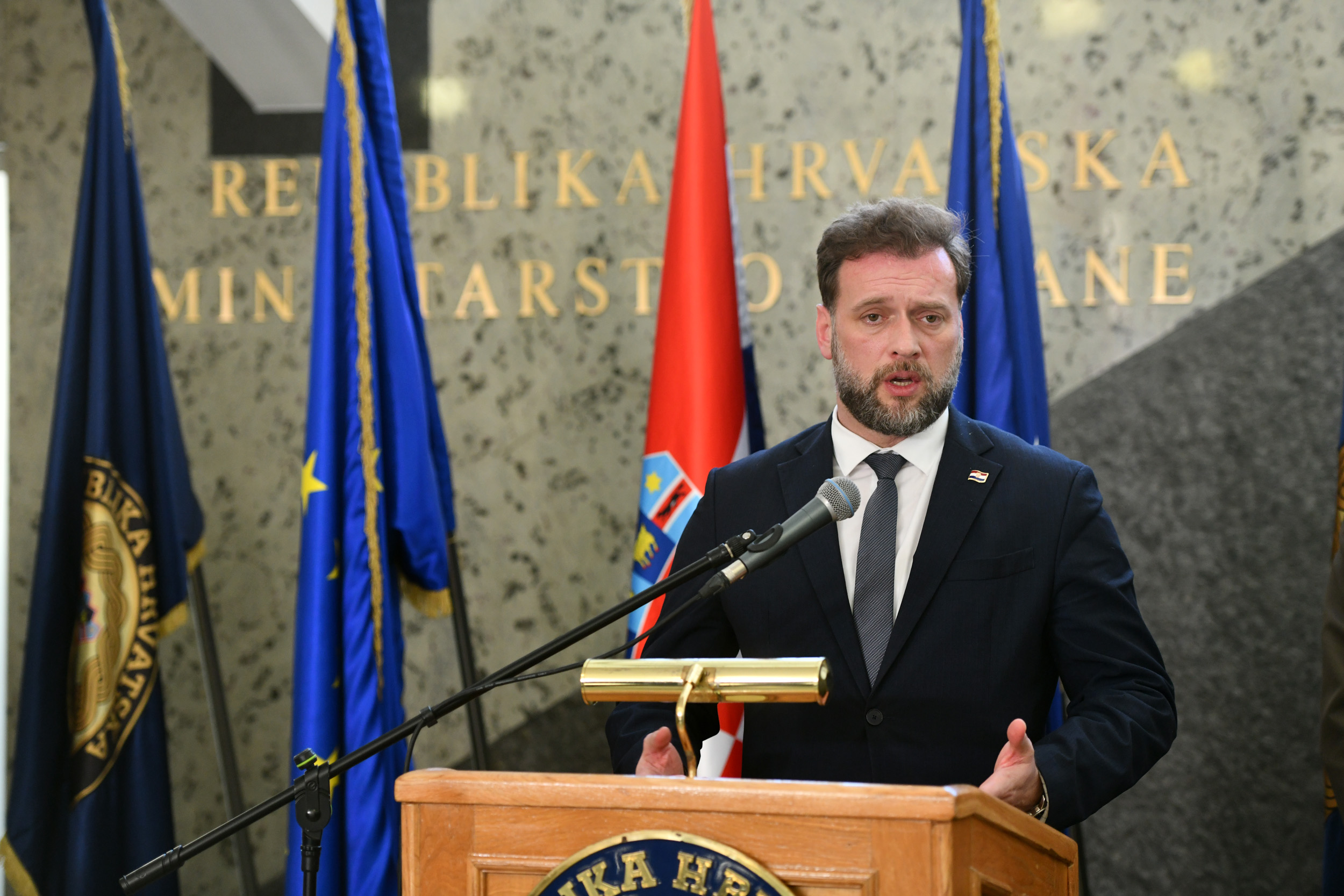 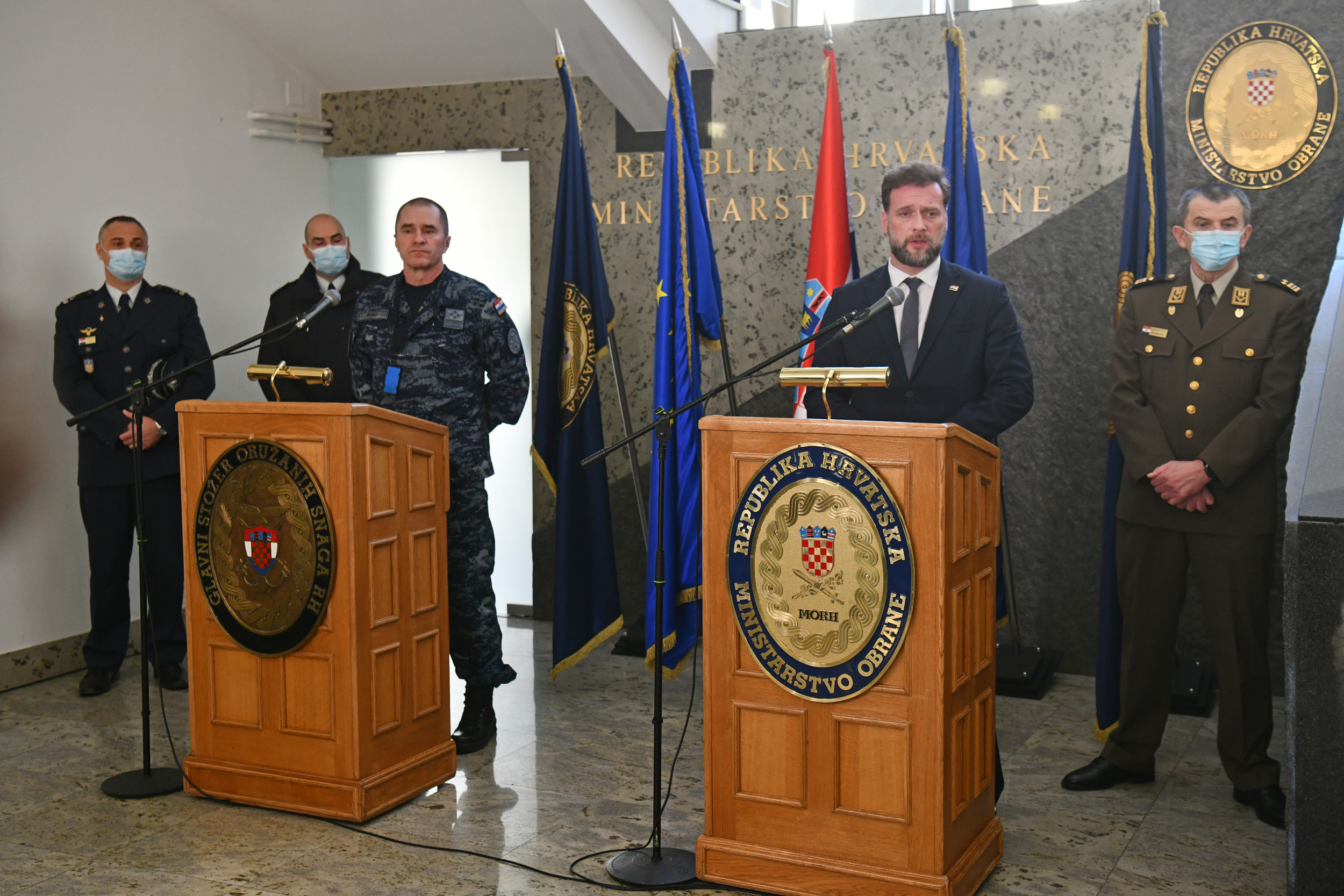 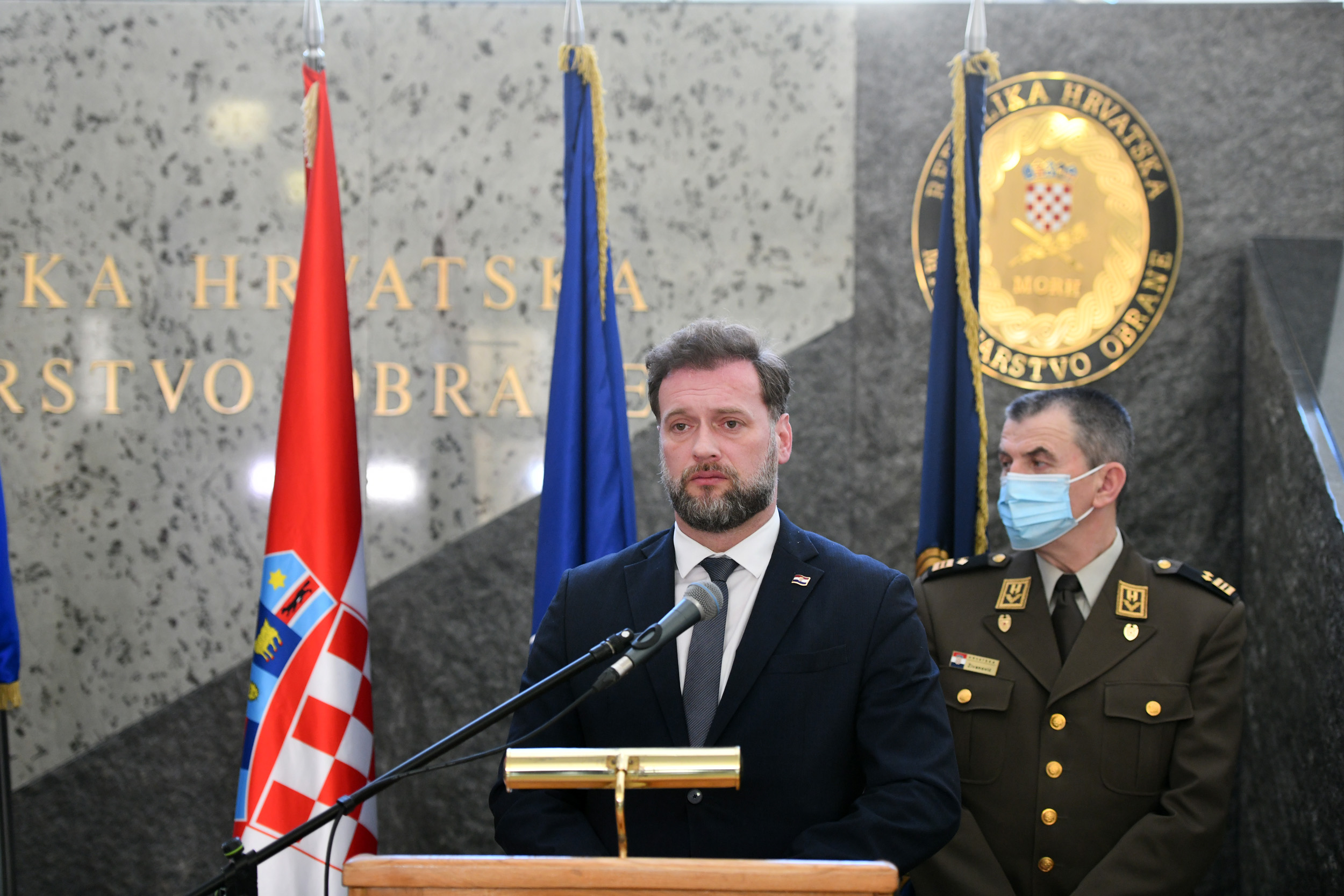 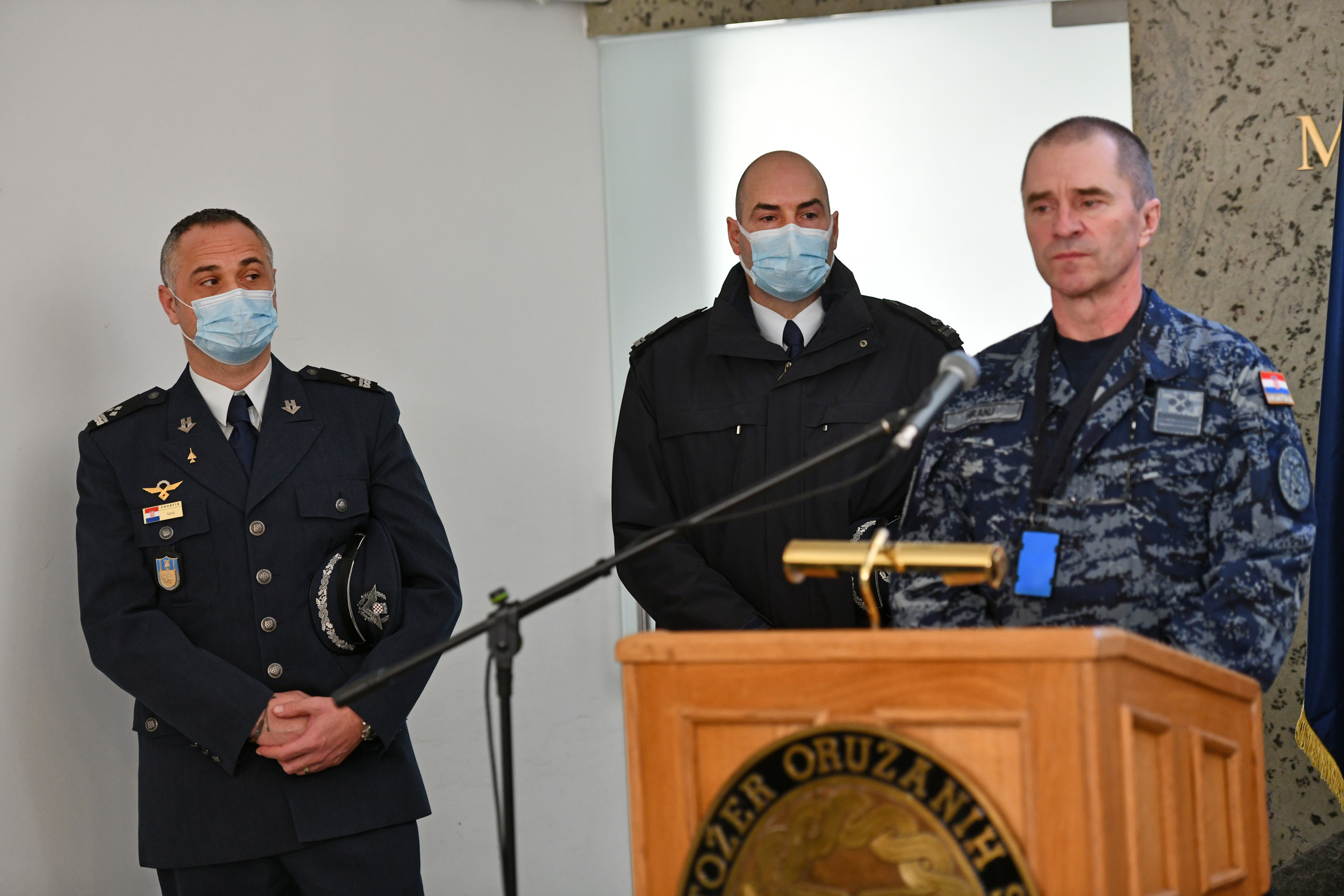 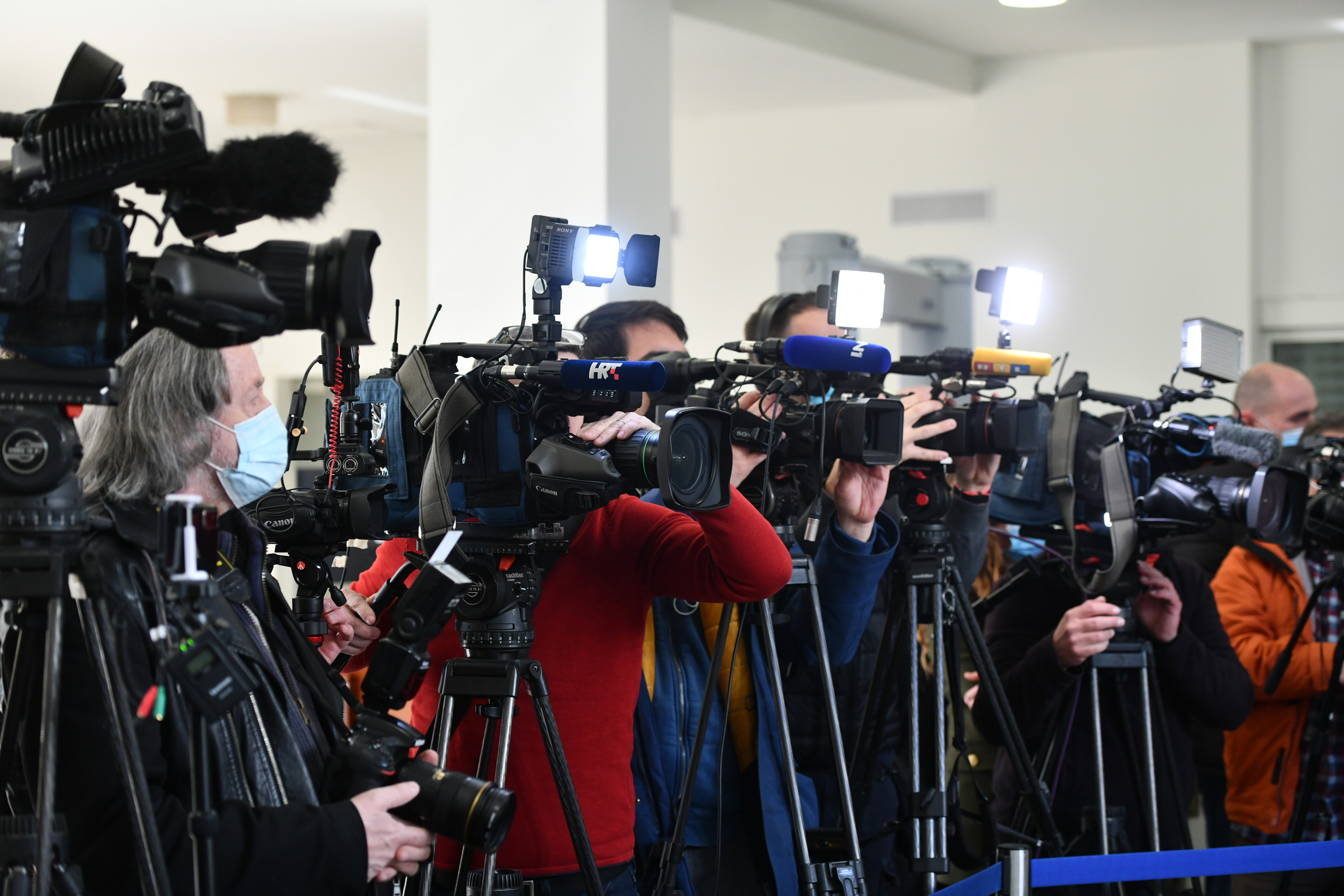 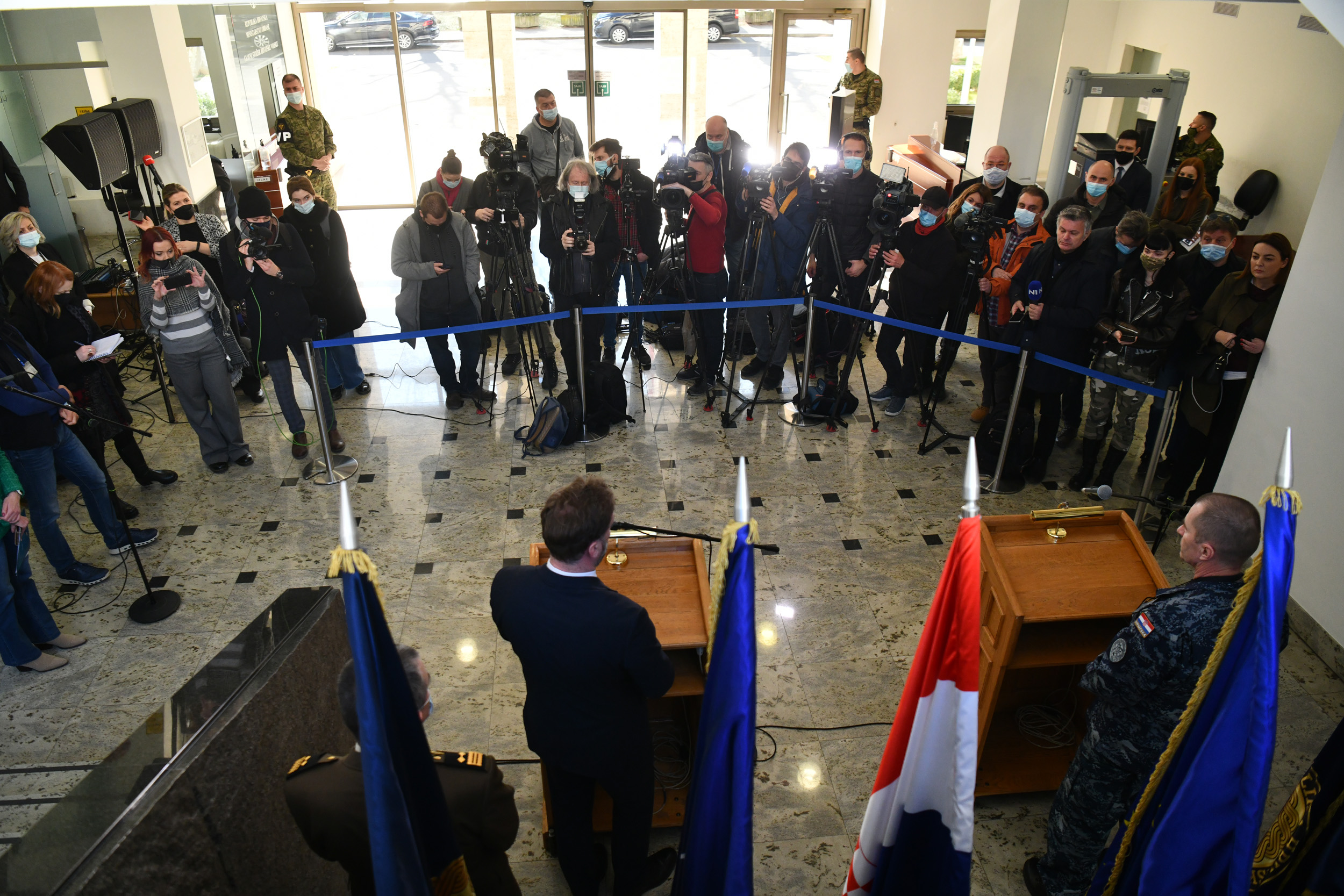 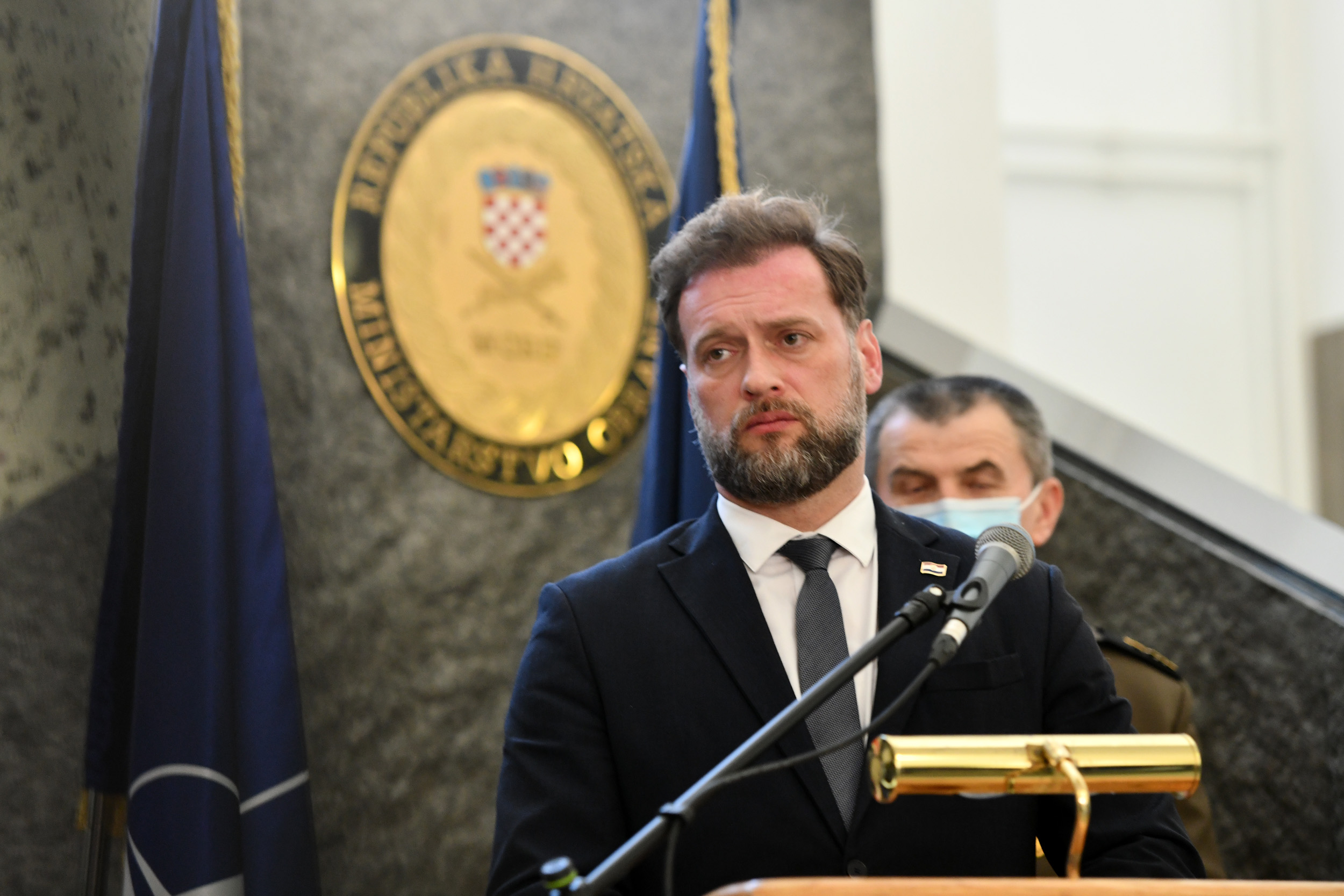 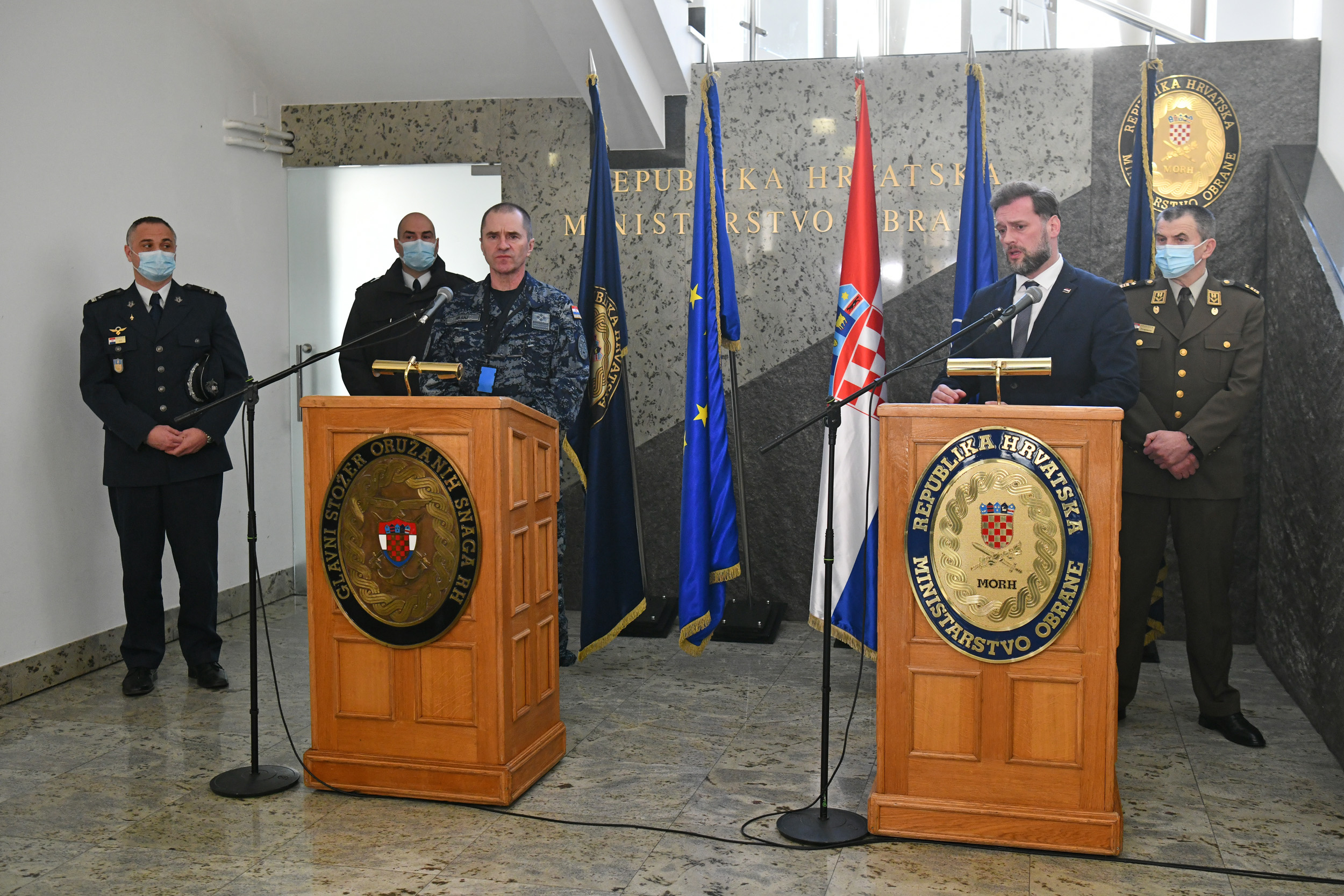 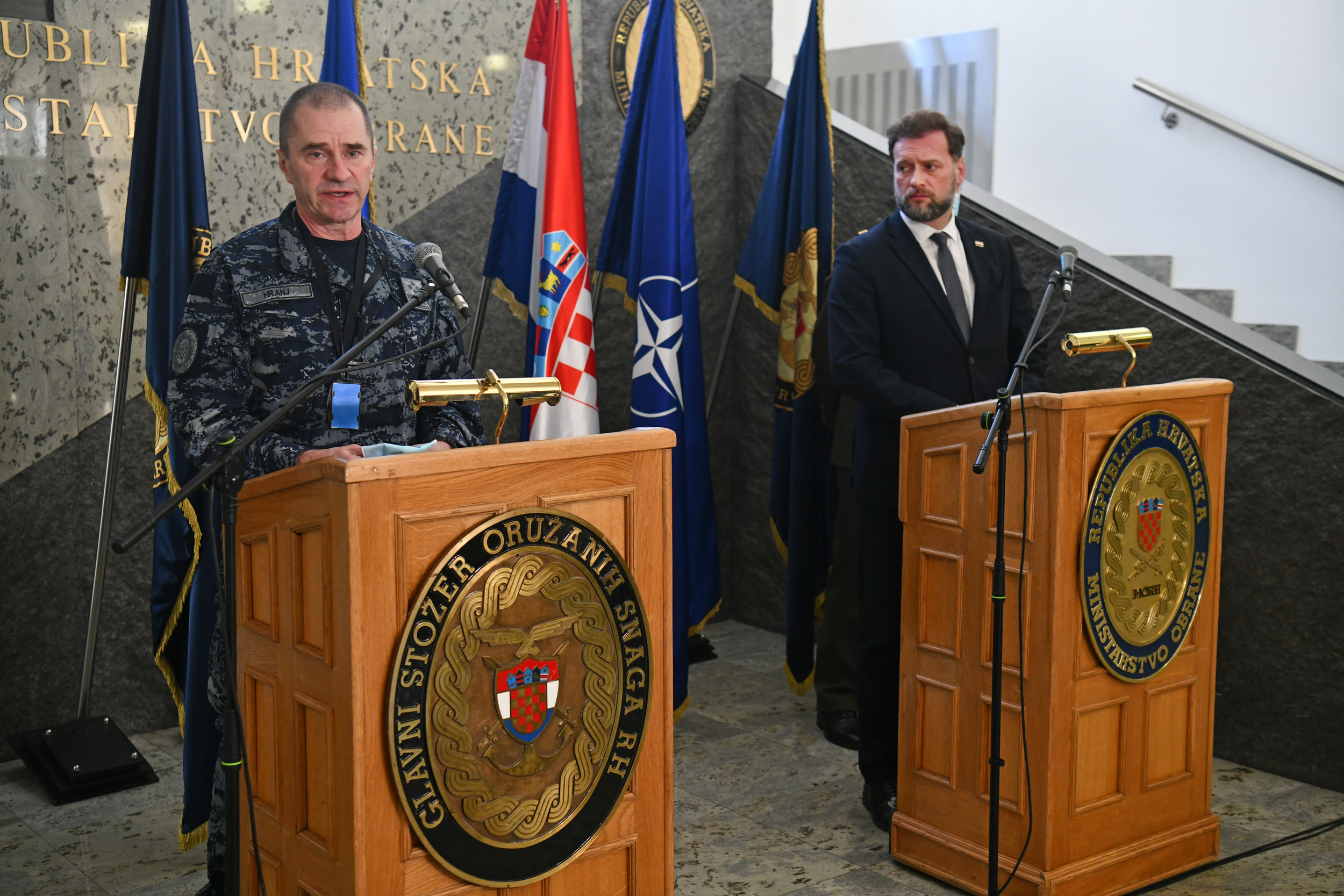 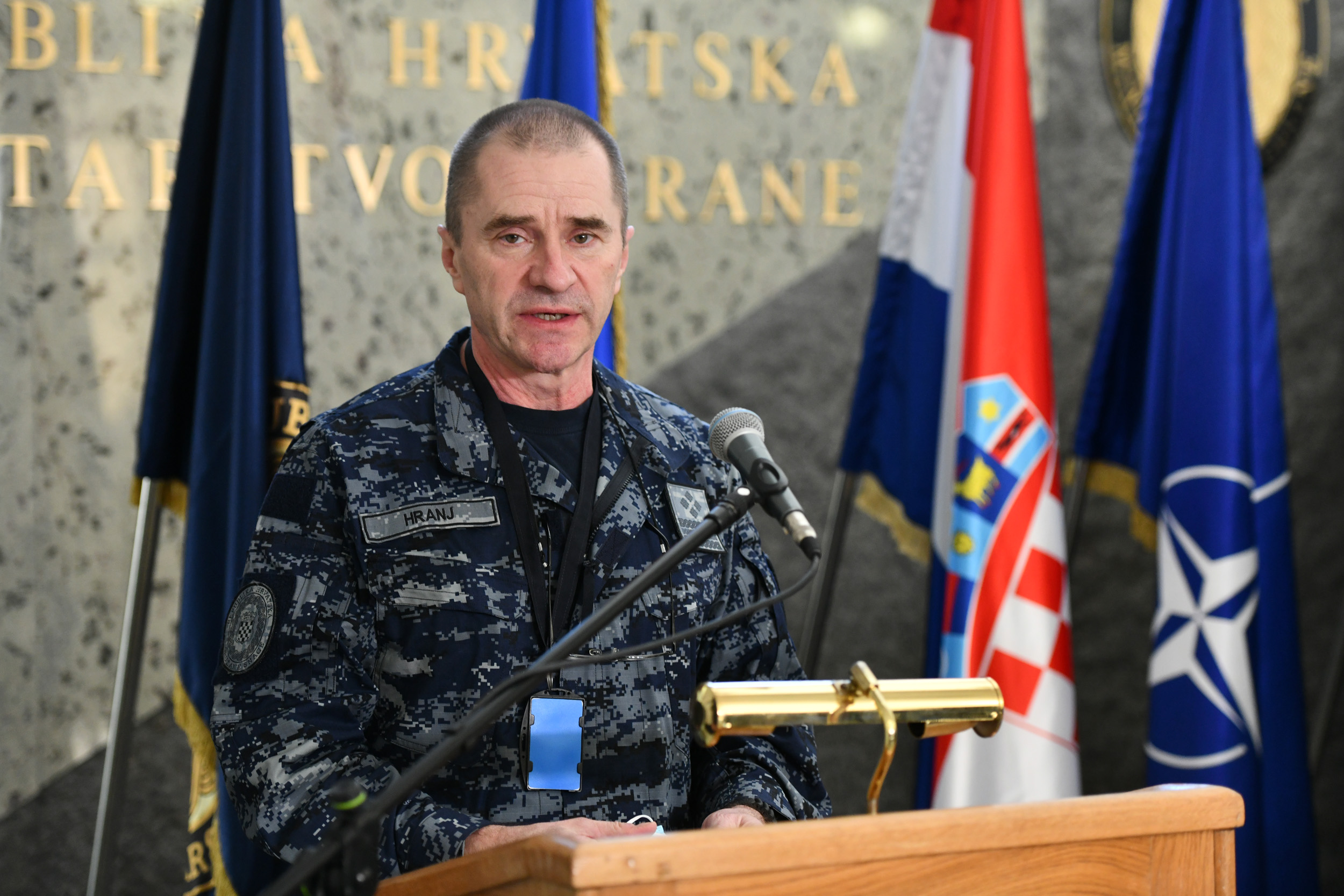 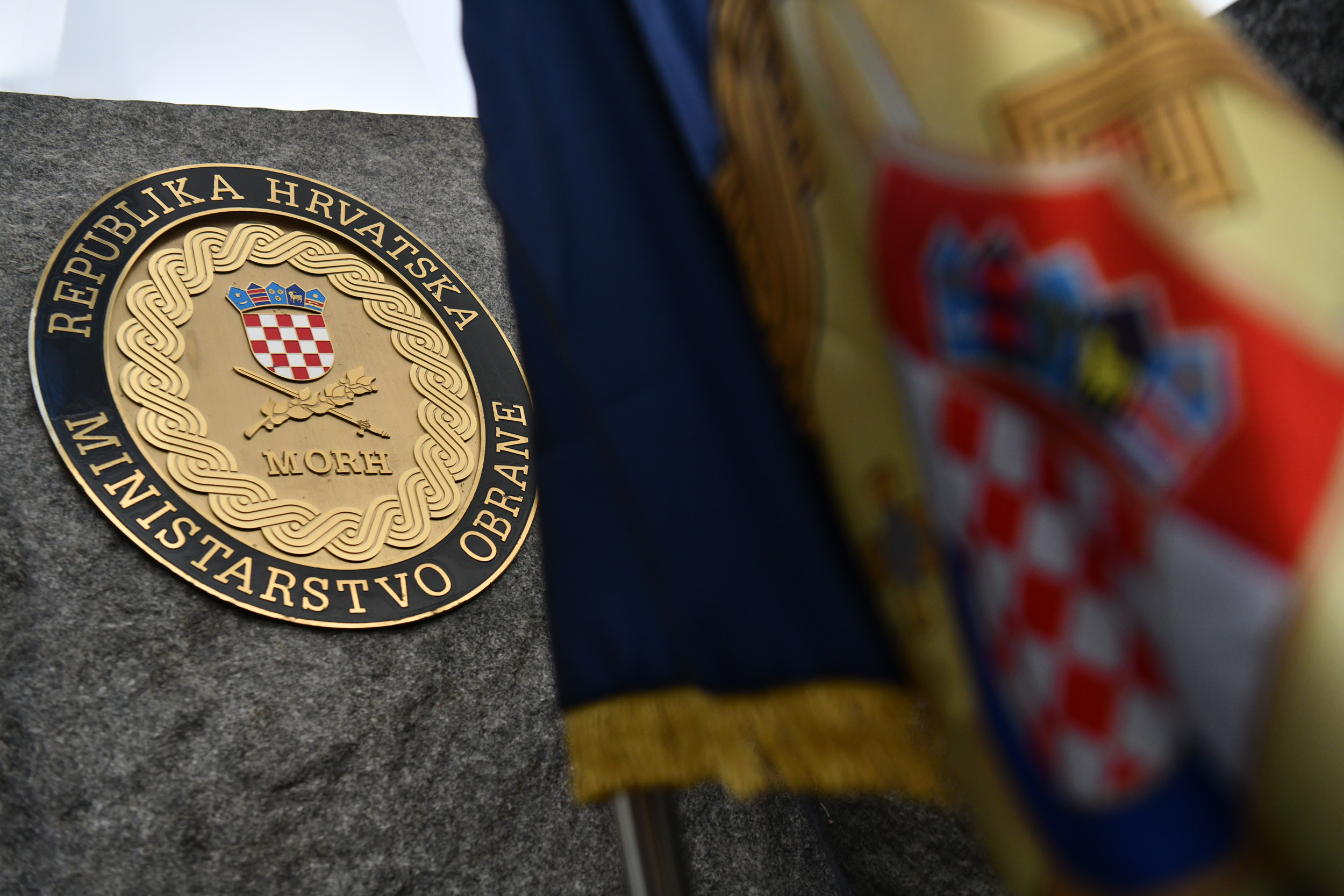