On the margins of the Informal EU defence ministers meeting Minister Krstičević and the Defence Minister of Hungary signed a Memorandum on Establishment of Headquarters Multinational Division – Central Europe (HQ MND-C).

The Memorandum entails establishment of a Multinational Division Command for Central Europe, incepted by Croatia and Hungary, as a international military command based on regional co-operation of central European countries, and is envisaged to become integrated into NATO Force Structure.

Croatia’s and Hungary’s territorial proximity will reduce the training costs and NATO Capability Targets will be implemented partly through multinational cooperation, while the Headquarters will boost the economic co-operation, particularly in defence industry. The Headquarters will be engaged for the purpose of the EU-led operations and missions.

“This is an important step in capability building of the Croatian and Hungarian armed forces and of the overall NATO”, said Minister Krstičević, who expressed satisfaction over the Memorandum being signed in Zagreb during the informal meeting of theEU defence ministers.

Minister Krstičević: By signing the Memorandum we are conveying the message that we are credible allies and are assuming the responsability for the European defence

“Since the initial idea Croatia recognised the position of the Headquarters in NATO’s security architecture and the importance of a the Multinational Headquarters based on regional cooperation of central European countries.. By signing this Memorandum we are conveying the message that we are credible allies and are assuming the responsibility for the European defence.

Minister Krstičević also announced that the Multinational Division would be led by a Croatian general officer, and that other countries would soon join the Headquarters.
The Minister expressed hope that the Headquarters of the Multinational Division – Central Europe in close co-operation with the German-led Framework Nation Concept would soon join NATO Force Structure.

Benkő: The Headquarters will be ready to respond to threats coming from the East and South and will significantly contribute to the collective defence and crisis management

Minister Benkő praised the defence co-operation of Croatia and Hungary, facilitated by the signature of the Memorandum on Establishment of Headquarters Multinational Division – Central Europe. “Croatia and Hungary were initators of the Headquarters having recognised the absence of a NATO Command in our region. This Headquarters will be ready to respond to the challenges coming from the East and South and will significantly contribute to collective defence and crisis management. 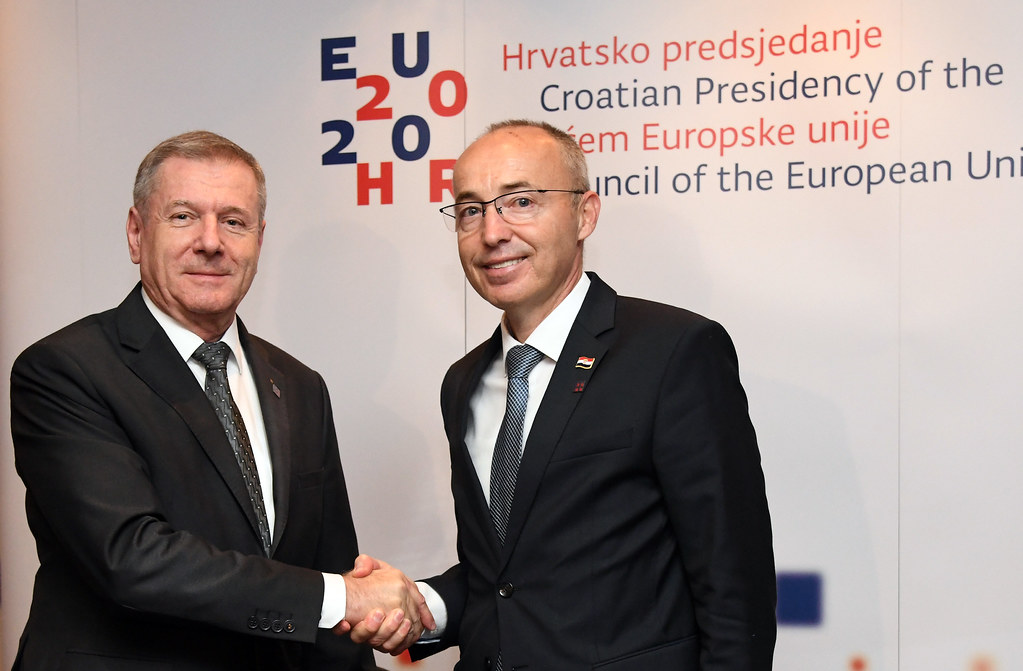