The ministers discussed the contribution of the defence sector in coping with the COVID-19 pandemia, and exchanged the national experiences with the military support to the civilian institutions, underlining the need for continued co-operation and solidarity among the EU member countries.

The response by Croatia was swift and timely, and the Croatian Army was an important factor assisting the health system

Minister Krstičević presented the contribution to the civilian institutions and the health care system provided by the Croatian Army as a component of the Homeland Security System, and underlined that all resources were dedicated to the battle with the pandemia.
“The response by Croatia was swift and timely, and the Croatian Army was an important factor assisting the health system cope with the COVID-19 pandemia. We began implementing the measures focused on health, safety, education and economy in an early phase of the onset of COVID-19. The Minister also stated that the Croatian soldiers built a self-sustained camp with the capacity to accommodate 220 patients within a very short time period (less than 72 hours), which would enhance significantly the hospital care capacities for treatment. “We will stand ready to provide assitance to the medical staff, to whom we wish to extend appreciation to for treating Croatian citizens.

The Minister also addressed the recent earthquake hitting Zagreb, and said that the Croatian Army as a component of the Homeland Security System responded timely too.
“We provided assistance to the City of Zagreb and to the civilian institutions. We were ready to do so and we will stand ready to do so in future as well”.

Krstičević: The Croatian Govenrment organised strategic airlift to Lithuania and from Afghanistan, acting in a timely and co-ordinated manner to protect our forces deployed in operations and missions worldwide

Minister Krstičević underlined the need for future cooperation and solidarity among the EU member countries, as well as for timely and coordinated measures intended to halt the pandemia from escalating.”Timely and coordinated measures are necessary to protect our forces deployed in operations and missions”, said the Minister and quoted the measures and activities showcasing the readiness of the Republic of Croatia to provide assistance and solidarity to the partner nations and allies in times calling for joint efforts to overcome the crisis
The Minister also mentioned the strategic airlift of a Croatian and a German medical team to
NATO ‘s Enhanced Forward Presence in Lithuania organised by the Government of the Republic of Croatia and the joint repatriation of the Croatian forces and partner forces (Albania, Montenegro and North Macedonia) from Afghanistan.

“In its capacity as the country presiding the Council of the European Union, Croatia will continue advocating timely exchange of all experiences and information. We have to adapt and do our best in the situation, in order to guard the health and protect of our citizens in Croatia and the European Union”, concluded the Minister. 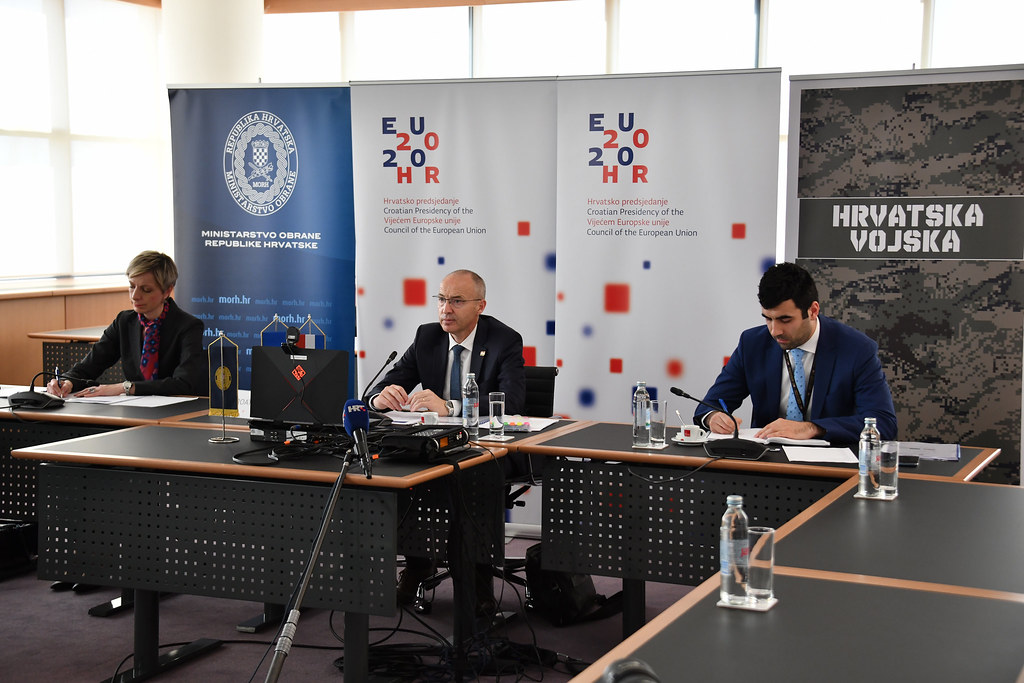