After the impact of the COVID-19 pandemic on defence and the contribution of armed forces to civilian institutions dominated the past two video-conferences of defence ministers, the new meeting of the EU defence ministers was focussed on the conduct of the EU-led missions and operations and the progress of strategic defence initiatives.
During the conference the EU defence ministers called for operational engagement for the EU-led missions and operations necessary to fulfil the overarching goal – the European Union’s contribution to international stability and security and to strengthening of the capacities of the partner countries.
State Secretary for Defence Jakop updated the EU counterparts on the concluded national procedure for the engagement of the Republic of Croatia in the naval operation IRINI, launched during the Croatian Presidency of the Council of the EU and on the recent deployment of a Croatian AVPD Team to the Operation ATALANTA.

The ministers also continued the discussion on strategic issues related to European security and defence, which was addressed during the informal ministers meeting held in Zagreb in March 2020, and also underlined the need for continued efforts on the Permanent Structured Cooperation (PESCO) and the forthcoming Strategic Review of PESCO and the European Defence Fund and Military Mobility.
State Secretary Jakop welcomed the progress of the EU defence initiatives, and stated that the efforts related to the Strategic Compass as a new initiative should prompt a review of the existing documents and procedures related to the EU defence and the proposals to amend them, coupled with maintained coherence and complementarity and enhanced NATO-EU cooperation.
The Croatian State Secretary for Defence also emphasised that the establishment of the European Defence Fund during the forthcoming Multiannual Financial Framework created various opportunities for the development of defence capabilities, and that Croatia advocated the inclusion of small and middle-sized enterprise, which contributed to employment and economic development.
The EU defence ministers meeting was preceded by a meeting of the European Defence Agency Steering Board, which discussed the future operation and development of the Agency. State Secretary Jakop pledged support to the Agency and the newly appointed Executive Director Jiří Šedivý and extended appreciation to the EDA for the support provided during the Croatian Presidency of the Council of the EU. 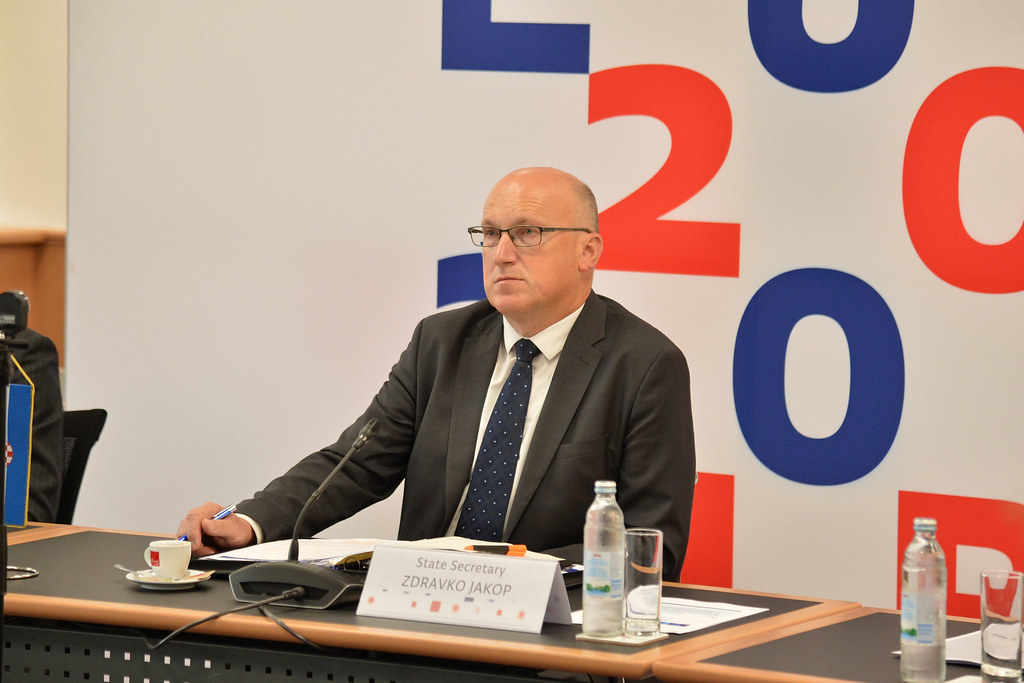